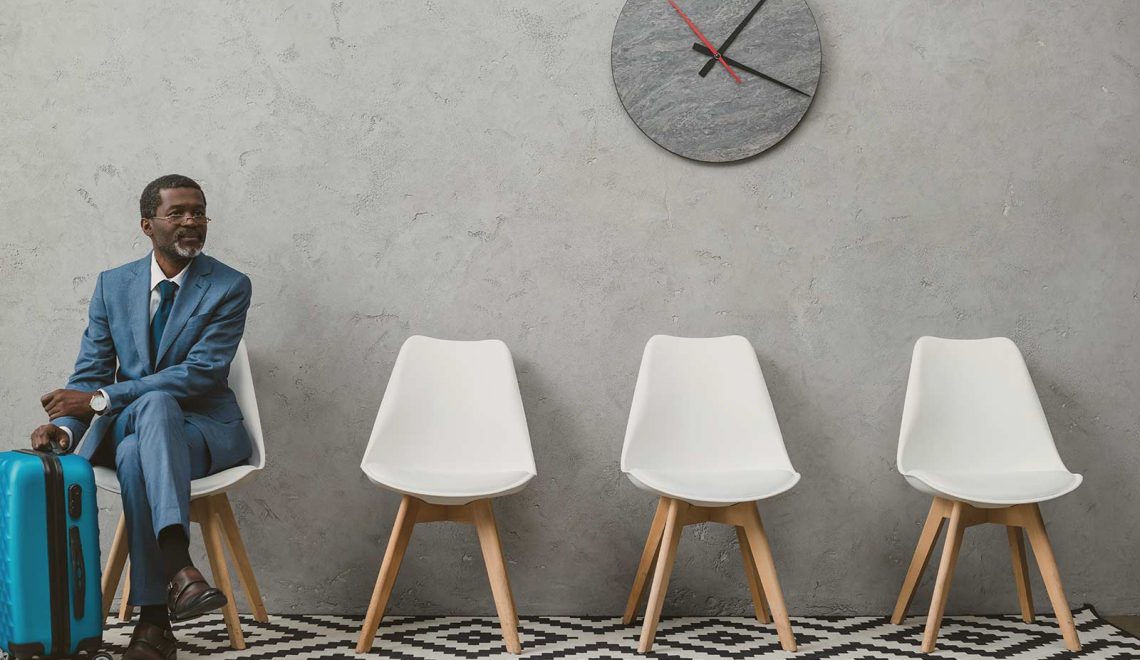 I confess that I am addicted to those magical moments when God sovereignly orchestrates it so that I “accidentally” bump into someone He wants me to meet, to get to know, to help, or to lead to Christ. He has a reason, and somehow He entrusts you and me to partner with Him. Divine appointments.

Jesus Himself lived this way every day, all the time. He said, “The Son can do nothing of Himself, unless it is something He sees the Father doing; for whatever the Father does, these things the Son also does in like manner” (John 5:19).

He just “happened” to notice Peter washing nets on the fringe of the gathered crowd, listening to Jesus teach. No doubt Jesus felt a tug, a nudge toward this man standing in the water perhaps 100 yards away…and took the initiative. “Simon, would you mind rowing Me out into the Lake?”

I find these divine appointments on airplanes, in supermarkets, and especially at my local gym. I actually ask God for them each day, and I celebrate each special opportunity.

My friend Dan is my age and a lifetime commercial pilot. He’s also an atheist, but now he’s my friend. And I’m contagious. Of the four “soils” (Matthew 13), he started as the first—the hard soil. But gradually he is softening and doesn’t even realize it. He rejected my offer of a short book on the Holy Spirit, but he likes having a friend. That I can do.

Dan’s birthday brought a great way to invite him to a birthday lunch where I asked a host of questions that led him to unpack his life from childhood, leading to an intimate conversation.

How do you soften hard soil? It’s pretty simple. You pray regularly for the person and take a genuine interest. That’s what Jesus did for us, isn’t it? He prayed for us and cared about us…and eventually He drew us to Himself. Now He lets us share His life as a “gardener” tending the soil of others.

God entrusts us to partner with Him.

I know Jesus laughs, and I think He must be laughing when His current Divine Appointment winds its way through some strange, unexpected, and not-so-fun paths to get to our door.

How do you soften hard soil? It’s pretty simple. You pray regularly for the person and take a genuine interest. Click To Tweet

A recent one for me began as I crossed several time zones and settled into the Tokyo airport. Chiang Mai, Thailand—my next destination—meant more hours in the air while I sweated in the uncomfortable heat. One careless mistake later, and I was set up for a unlooked-for Divine Appointment. (Note to self: don’t remove vest containing wallet, credit cards, cash.) You guessed it—a quick trip to the airplane and a sudden realization that my wallet was back at the gate. A very bad feeling.

Long story short: I spent another 24 hours in Tokyo before continuing on to Bangkok. Now a day late, I found myself seated by Doug, another frustrated disciple who had been separated from his wife and daughters; they sat in the back of the plane while he sat by me. An hour later we both knew God was at work!

Doug and I were made for one another. He was a 21-year Navy man now starting a business in Turkey. I was 11 years in the Air Force, now working with the same business group…the only difference being my 34-year head start.

Spending time with them as a couple only confirmed the sense that God had a purpose for us together. They agreed to ask God, and a few days later He answered: “I figured it out. I need a Dad.” Actually this insight came from his wife. God loves to connect people, and He must like the adventure part too. I think I recognize “that” laugh.

As a disciple, I know you also have adventures. Father is walking you into connections. Expect them and be ready to embrace them, even when they cut across your plans.

An hour later we both knew God was at work!

Father is walking you into connections. ...be ready to embrace them, even when they cut across your plans. Click To Tweet

Divine Appointments come from listening. From paying attention. They are rarely as dramatic as Moses’ burning bush, but even here I laughingly suggest, “How many others saw the bush but were just too busy to check it out.”

Sometimes it’s a slight nudge. Maybe that’s what Jesus felt as He sensed that He was to take an unusual route and go through Samaria (John 4).

Last week I felt that nudge to reach out to a neighbor who needed help. I had something for him, but how was I to introduce my unasked-for help? Several times during the afternoon I thought about heading out but “no, not yet” seemed to be the sense. Finally I stepped out my door only to see him coming out of his. It was easy and natural, and he received my offer.

Divine Appointments can be just an encouraging word at the right time. Sometimes it’s on the phone. One happened yesterday as a young man called to ask help with an application to a business school: “I know I’m supposed to go into business, but they are asking, “Why?” That question triggered a flood of ideas I had not prepared for!

In Samaria Jesus, though tired, was paying attention. He noticed this woman coming to the well alone and in the heat of the day. He sensed that He was to reach to her, and then the Holy Spirit took over.

Are you noticing people as you move through your day? That’s all it takes. When you do this you are posting a sign in the spirit-realm, “I’m available.”

Larry is my friend. Unfortunately he disobeyed God and is in prison, but today he walks with Father and understands Divine Appointments.

Larry regularly asks God to give him the name of a prisoner to pray for. Receiving the name of an abrasive young black man, he boldly approached him with, “God has put it on my heart to pray for you.” What a cool way to work.

A simple, “How might I pray for you?” immediately changed this young man’s whole demeanor. Larry does one all-night prayer session each week, and the Holy Spirit gave him two things for his new friend: 1) God wants to teach you how to hear His voice, and 2) God wants to speak with you about your relationship with your children. Larry wrote me, “His eyes lit up.”

In Jed’s words, “I called my Mom and told her this guy is praying for me. She said she had a dream the night before and the Lord showed her an older white guy was going to be helping her son.” She said, “Stay close to him.”

Larry writes, “The Lord has opened a new friendship; who could plan that?”

I am currently praying for a number of men, but I am thinking of going to them and asking directly, “How might I pray for you?” They are prisoners also, but they don’t know it.

I believe Larry is on to something.